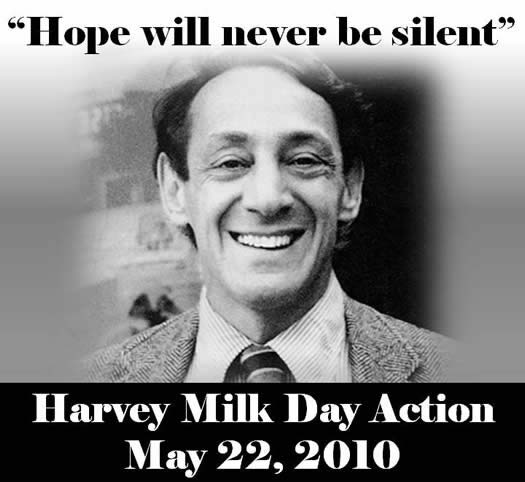 ne day this week I saw on television an interview with Stuart Milk about his Uncle Harvey Milk who was one of the worlds first openly gay elected officials.  Harvey was in every way lesser than Jesus.   Yet there was something about his death that reminded me of Jesus.   If you go to Youtube and search for Harvey Milk you will come to a series of videos that tell his story.

Harvey served less than a year in public office before he was  brutally assassinated. His life and death profoundly changed a city, state, nation and a global community.  His courage, passion and sense of justice rocked a country and stirred the very core of a put down and pushed out community, bringing forward new hope and a new vision of freedom.  Senator Feinstein, the senator who is the most zealous proponent of gun control, was on the scene of his assassination.

I am reading and rereading the account of Jesus’s activity and words during passion week.  I am impressed by the deliberate way in which Jesus challenged the people to a better life even knowing that it would lead to his death.  A woman sensed that he would be killed by his enemies and she anointed his feet with expensive perfume.  His enemies complained.  This perfume could have been sold and the money used to feed the  poor.  Jesus explained her deed.  She knows what you don’t acknowledge.  You always have the opportunity to give to the poor.  But the time is near when she won’t be able to do to me what she has done.

Last night I washed hands with a brother a bit older than I.  We had been boys together in neighboring churches and were in Eastern Mennonite School together. But we were in different bishop districts, and  life had separated us. Now in our old age we enjoy each other.

The Old Fool has so much on his aging mind that he can hardly blog.  If he were so inclined he would see a world plunging into darkness.  But then he learns of the new pope who left off washing the feet of priests, and went to a prison to wash the feet of inmates, including the feet of two women!  He washed and kissed the tattoed feet of imprisoned youth, saying “I am here to serve you.”  The Old Fool’s heart is filled with admiration and hope. Join the Old Fool with the longing to be like Jesus in this world.

I was born 92 years ago, the son of a Mennonite pastor and organic gardener in Franklin County, Pennsylvania. At age 10 I was baptized as a member of the Marion Mennonite Church. I own the "Old Fool" moniker because I want to walk the Jesus Way even though the world and much of the church takes me as a fool for doing so. In my life I have moved from being a young conservative to an elderly radical. I tell that story in My Faith Journey posted on my website.
View all posts by Martin Lehman →
This entry was posted in Biblical Interpretation, Faith, Homosexuality, Politics, Uncategorized. Bookmark the permalink.