Separating truth from fiction is not easy work.  In reviewing Barrie Wilson’s book, “How Jesus Became Christian,” I am trying to fairly present Wilson’s basic views, not many of my own.  I am still winnowing. 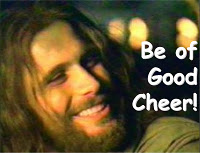 Wilson is an admirer of Jesus. However, as an Episcopalian who converted to Judaism he does not believe that Jesus preexisted in any form,  and was therefore not God.  He does not believe in the virgin birth or the bodily resurrection.  To the people of his day,  Jesus was entirely human, not part God.

Wilson believes that Jesus did not make these claims for himself.   These  unique claims were added to stories of Jesus by his later admirers who wanted to make  persuasive presentations to the gentiles. 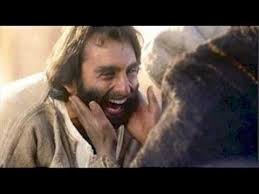 Wilson accepts Jesus as a visionary preacher who described the kingdom of God in parables and  announced its coming. Neither faith, assenting to certain creeds, nor baptism were the basis for salvation or membership in God’s Kingdom.

Doing was essential to the coming kingdom. Wilson describes Jesus as a new Moses.  In the sermon on the mountain Jesus not only affirmed the Torah, but he  enhanced it.

The Romans sensed a subversive element hidden in the parables of Jesus and with the aid of their allies, the Sadducees, they crucified him.  His crucifixion was not the doing of the Jewish people, but of a small rabble of people gathered by the Sadducees to give the Romans a cover for his crucifixion.

Disciples of Jesus and others who had witnessed his life and heard him preach began what Wilson calls The Jesus Movement. Based in Jerusalem and led by James, the brother of Jesus, the movement tried to promote the enhanced version of the Torah taught by Jesus. However, the movement did not establish itself as a permanent part of Jewish culture, nor did it make an inroad in the  culture dominant among the Gentiles.  Thus ended The Jesus Movement described by Wilson.

Wilson knows that he is presenting a different view of Jesus than that which is commonly believed among today’s Christians.  His views are not to be rejected merely because they are different. Is there practical truth that can be winnowed for today from the movement described by Barrie Wilson?

I was born 92 years ago, the son of a Mennonite pastor and organic gardener in Franklin County, Pennsylvania. At age 10 I was baptized as a member of the Marion Mennonite Church. I own the "Old Fool" moniker because I want to walk the Jesus Way even though the world and much of the church takes me as a fool for doing so. In my life I have moved from being a young conservative to an elderly radical. I tell that story in My Faith Journey posted on my website.
View all posts by Martin Lehman →
This entry was posted in Biblical Interpretation, Family, Uncategorized. Bookmark the permalink.